PS: 公告內容裏竟還寫上 "in the interest of providing better service to our passengers"

Please note that starting from 1 October 2012, AirAsia (AK, FD, and QZ flights) will transfer all of its Bangkok operations to Don Mueang Airport (Terminal 1) in the interest of providing better service to our passengers.

Guests’ flight details in the existing booking, such as flight number and flight schedules will not be affected by the move to Don Mueang Airport.

Guests who are affected by the switch to Don Mueang Airport, may alter their flights by:
1) Choosing another travel date on the same route either 7 days before or after their original travel date, at no additional cost
2) Converting the paid flight into credit shell available to be used within the next 90 days. 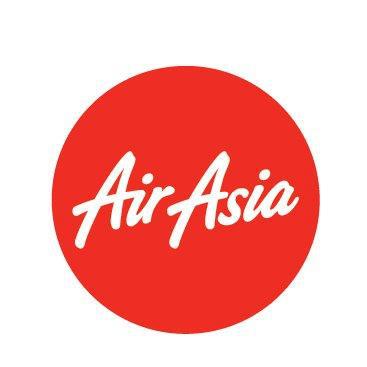 Govt decision prompted by mounting chaos and congestion at Suvarnabhumi

Prime Minister Yingluck Shinawatra has ordered that all low-cost airlines move to Don Mueang Airport to improve air and runway traffic at Suvarnabhumi, but the plan is unlikely to ease the current turmoil frustrating countless travellers.

The shift of low-cost carriers to Don Mueang was announced by Deputy Prime Minister and Tourism and Sports Minister Chumpol Silapa-archa yesterday in response to a growing outcry from departing Suvarnabhumi passengers, many of whom have missed flights or suffered close calls.

People familiar with the problem doubt whether the long-planned move of low-cost services to Don Mueang will ease the current crisis at Suvarnabhumi, where renovation work has cut the capacity of immigration checkpoints by two-thirds.

Officials contacted by The Nation yesterday could not say for certain when the renovation work would be completed.

Chumpol admitted that the current problem of passenger congestion stemmed from the fact that only one of Suvarnabhumi's three immigration gates was operating.

International passengers are now being advised to arrive at the airport at least three hours before their flight leaves, rather than the standard two hours.

Chumpol said news of the passenger bottleneck only reached him on Wednesday. He said he could not get involved with the problem but gave assurances that the transfer of low-cost airlines to Don Mueang Airport would help reduce the congestion.

He is now working with the Ministry of Tourism and Sports, the Tourism Authority of Thailand, Tourist Police, and Airports of Thailand (AOT) to help increase personnel by 30 to 40.

Meanwhile, Deputy Transport Minister Chatchart Sithipan said yesterday that in the short term, the ministry would increase officers at the Suvarnabhumi's immigration areas to help relieve congestion in the short term. AOT, as the airport operator, has been assigned the task. In addition, the ministry is coordinating with police to help out.

In the long term, he said the airport would deploy technologies such as an e-passport system that consumes less time, especially with Thai passengers. This would also resolve the problem of congestion at the airport during rush hours. Currently, Suvarnabhumi has annual traffic of 48 million passengers, in excess of its capacity of 45 million.

An Immigration Police source said increasing checkpoint staff was not the answer. "All checkpoints are being manned to full capacity. The problem is not shortage of personnel," the source said.


A source at the Transport Ministry said the government planned to move all domestic and international flights serviced by low-cost airlines to Don Mueang Airport in a bid to resolve congestion at Suvarnabhumi Airport in the long run.

"It's believed that the government must encourage low-cost airlines with incentives to move their services to Don Mueang Airport," said the source, adding that AirAsia alone had 82-90 flights daily.

Somchai Sawasdipol, acting director of Suvarnabhumi Airport, said he had coordinated with immigration officials to solve the problem of long queues and would pay overtime to officials of Bt100,000 per day as incentive.

Of total immigration counters, 124 are for inbound passengers and 80 are for the outbound.

Maiyarat Pheerayakoses, president of the Association of Domestic Travel, said she had no problem with the government move to shift all low-cost flights to Don Mueang Airport. However, the government should do it very carefully, especially in cases of passengers with connecting flights.

As a long-term solution, she said she did not mind having two airports in Bangkok. It is common in other nations to have separate domestic and international airports. However, transport connection between the two must be developed well to make it convenient for passengers.

The new phase of construction development at Suvarnabhumi should proceed quickly so as to be ready to serve the growing number of passengers after the implementation of the Asean Economic Community in 2015, she said.


Speaking of the current congestion, she said the problem was due to mismanagement by the Immigration Bureau at the airport. She urged the agency to tackle the problem quickly by increasing the number of officers working at the airport. 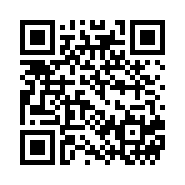